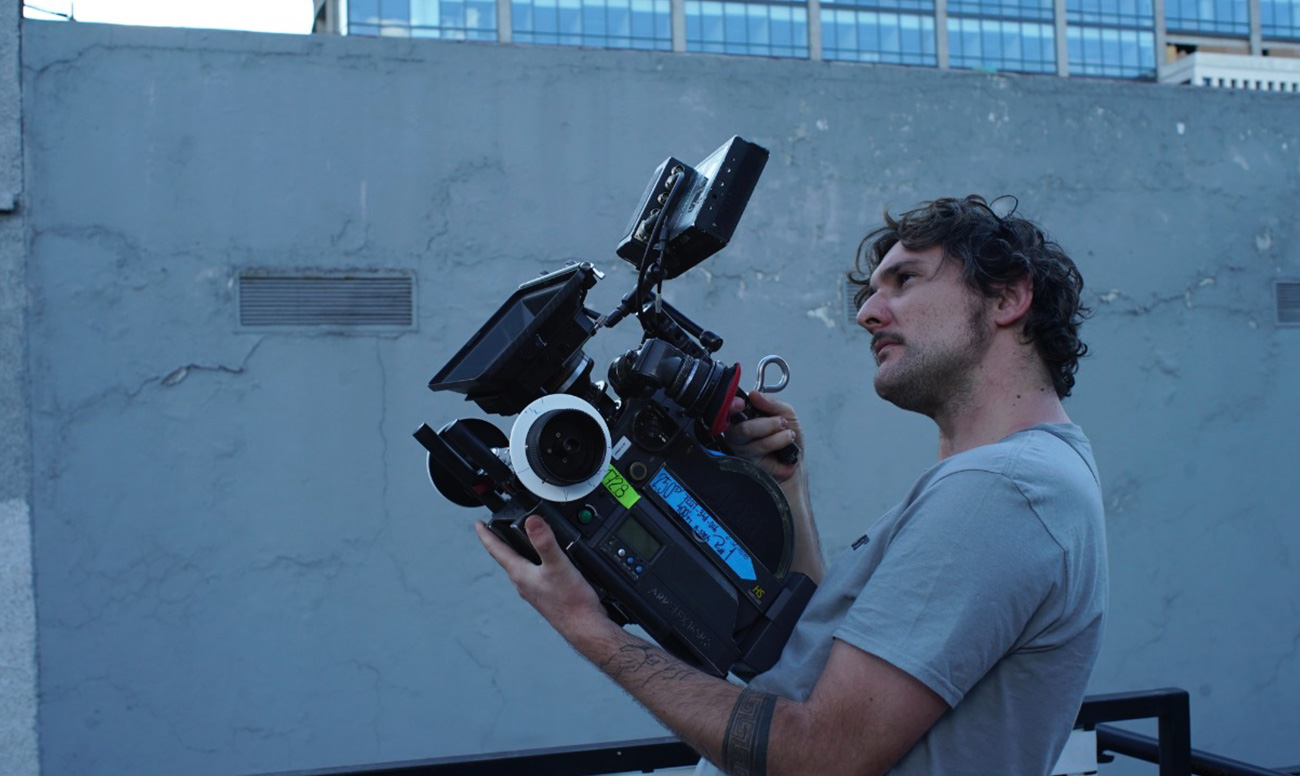 Julio Llorente AMC was born in Madrid in 1985. He attended classes of cinema studies in his native city, where he graduated in “Audiovisual Communication” at the Universidad Carlos III. He has also taken several classes of cinematography, certificated by the ASC.

His career began with his participation in movies such as “Los fantasmas de Goya” by Milos Forman and “Magic Girl” by Carlos Vermut, along with Spanish TV series like “El internado” and “Los hombres de Paco” by Fernando González Molina.

While living in Spain, he photographed the crime TV show “Balas Perdidas“, directed by Miguel A. Trudu.  He was also in charge of the cinematography of two feature films: “Mirabilis” by Clara Martínez Lázaro, that participated in the official selection of Malaga’s Film Festival, and “Historias de Kronen” by Luis Mancha, that was nominated for Best Documentary at the Goya Prize.

His Mexican production as a DoP includes the short film “Loving South” by Óliver Rendón, that went on to win the 2017 edition of the Guanajuato International Film Festival, as well as the prize for Best Cinematography in the Festival Shorts México, that same year. The short also competed in the official selection of the Cannes Film Festival.

In 2018, Julio photographed the documentary “Excapes” by the Mexican director Alejandro Iglesias Mendizabal, and the second unit of the movie “Jesús de Nazareth” by Rafa Lara. During the same year, he was invited to Los Angeles to curate the cinematography of the feature film “I’m Good” by Hugo de Sousa.

His 2019 works include two documentaries: “La esquinita de México” by Leonor Maldonado, and “Nómadas de la 57” by the Ariel Prize-winner Alberto Arnaut. Later that year, he worked in the fiction feature “Fractal” by Mariana Gonzalez. It’s international release is planned to happen within the frame of the official selection of the Malaga’s Film Festival 2020.
Julio is also the cinematographer of the two latest music videos of British rock band White Lies. They were shot in Mexico, under the direction of David Pablos.

He shot the series “Desenfrenadas“, a Netflix production released in early 2020, directed by Diego Martínez, Julio Hernández, and Elisa Miller.

Julio aims to bring a scent of truth to every project. Always keeping natural light as his main referent, he manages to create an atmosphere full of nuances in which the unique essence of the Story and his personal imagery merge elegantly.